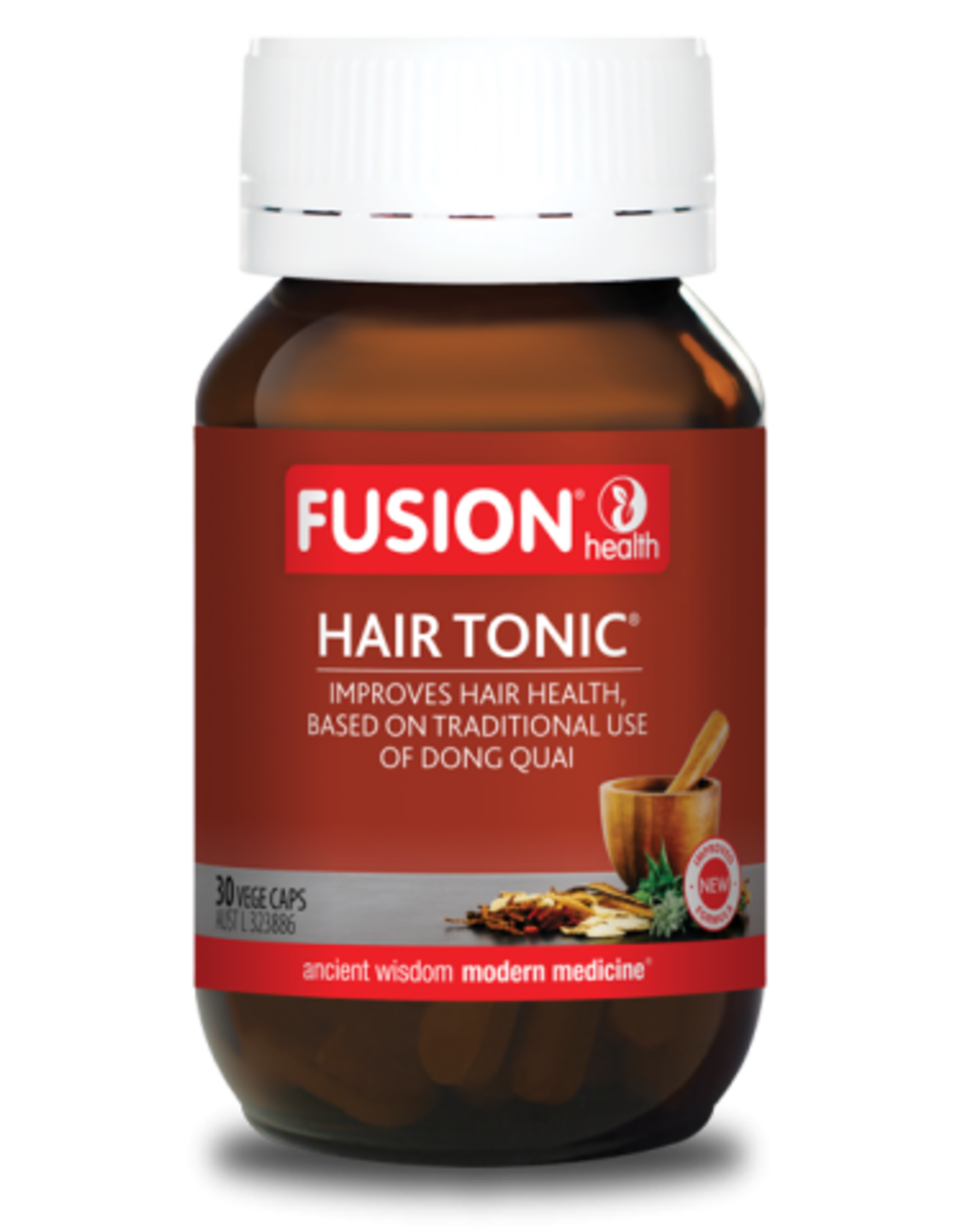 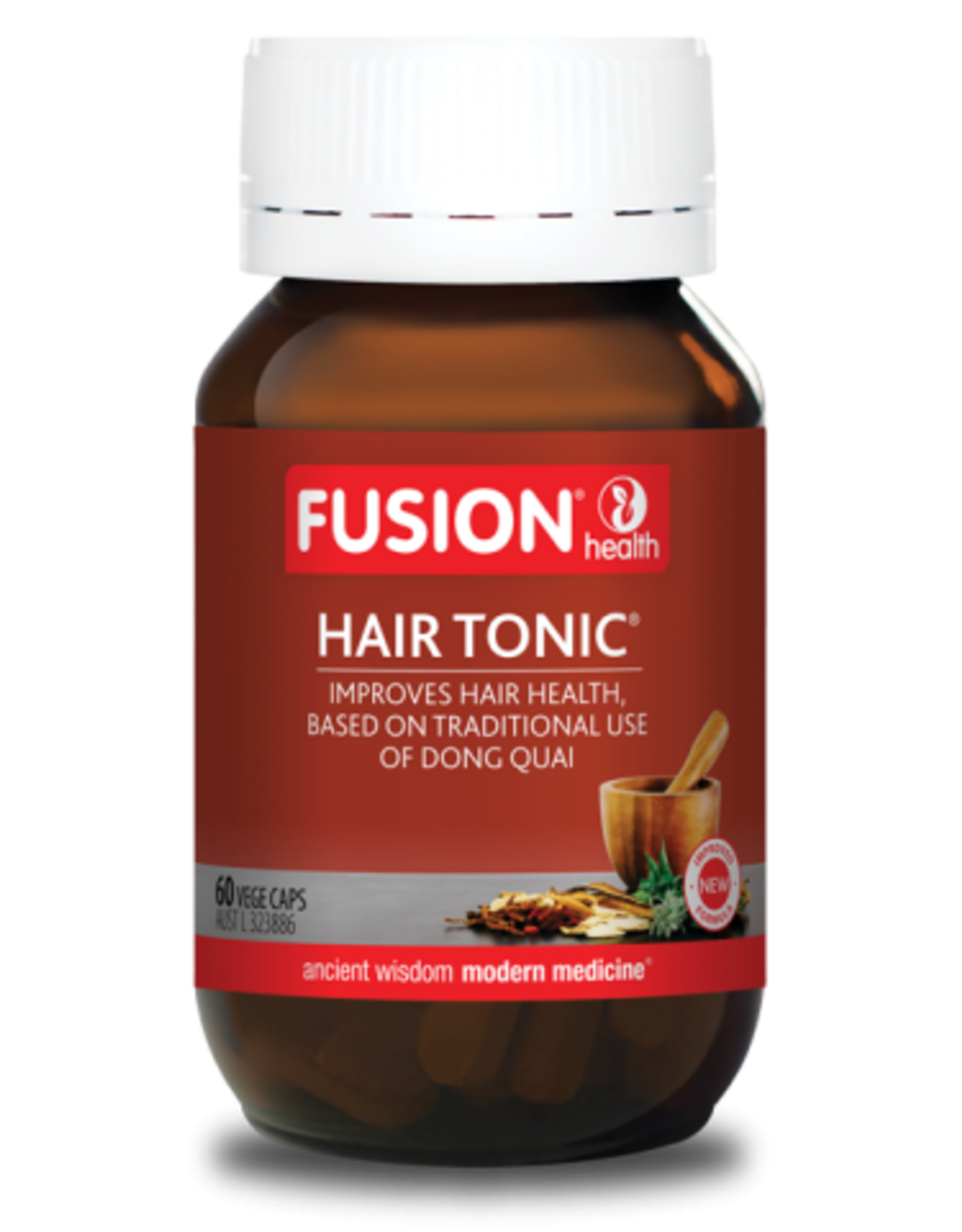 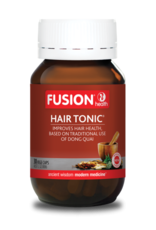 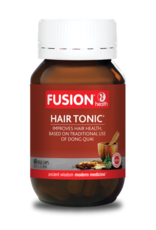 Fusion’s new improved Hair Tonic formulation is based on the traditional Chinese understanding of the role of the blood in the health of the hair.

In TCM, the hair is traditionally believed to be nourished by the blood, which keeps it shiny and healthy.

On the other hand, hair loss, thinning hair, poor hair health and an itchy or irritated scalp are often attributed to excess heat in the blood in TCM.

In TCM, dong quai is also traditionally regarded as having invigorating effects on the blood, improving its circulation to all areas of the body.

Excess heat in the blood is regarded as a common cause of hair loss in TCM, and biota is traditionally taken to disperse the heat and help maintain the health of the hair follicles, which are the tiny dimples in the scalp that the hair grows from.